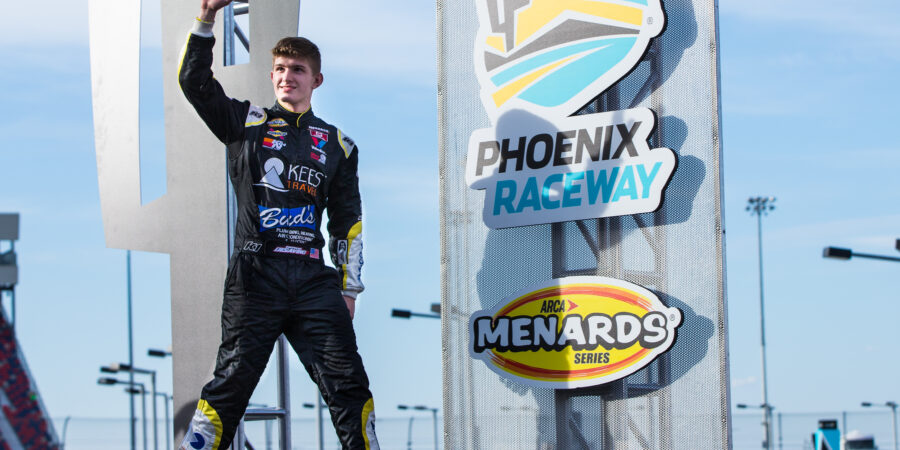 MOORESVILLE, NC (June 30, 2020) – It has been months overdue, but Howie DiSavino III is finally climbing behind the wheel again this weekend in the ARCA Menards Series at Lucas Oil Raceway. It will be the Virginia driver’s first return visit to a track with WinTron Racing and his second ARCA start of 2020.

A year ago, DiSavino made his second career ARCA start at the .686-mile oval west of Indianapolis in the WinTron Racing No. 32 Chevrolet. After qualifying in the top ten and running well in the race, an electrical gremlin hindered the team prior to the finish and relegated the rookie driver to a 16th place finish. Since graduating from weekly racing in Virginia, DiSavino has made two total starts at LOR, including a pro late model start prior to his ARCA run.

“I feel really good going back to a place that I have raced before,” said DiSavino. “I feel like it will be a great race for us because I’ve got experience there after being out of the seat for so long. I’m ready to get back behind the wheel and going back racing again.”

For DiSavino, the latest changes in the sporting world due to the coronoavirus pandemic have allowed some positive shifts for his racing career. As races have moved and adjusted dates, so have his plans to compete. Following the ARCA race in Indianapolis, DiSavino will be competing in the ARCA Menards Series at Iowa on July 18, Kansas on July 24, plus tackling a handful of NASCAR Gander RV & Outdoors Truck Series races later this year.

“Everything has changed, for sure,” the driver of the Kees Travel / Bud’s Plumbing Chevrolet admitted. “Our race schedule, our plans for the year, everything has shifted. It seems like we’re going week to week to figure out what we are doing, but I have been working out and doing whatever needs to get done in my downtime. Even with reduced track time and practice for these ARCA races, I feel like we’ll still have the same end result. My WinTron team will give me a great car and we’ll go out and try to make the most of it.”

The ARCA Menards Series Calypso Lemonade 200 runs Friday night, July 3, at 8pm ET and can be seen LIVE through cable and satellite network MAVTV. A limited number of tickets are available through either ARCA’s website or the facility website, and additional event coverage can be found on ARCARacing.com

ABOUT PMG:
PMG and its staff have decades of motorsports experience from the Monster Energy NASCAR Cup Series all the way down to Legends and Bandoleros, including their current clients who span the same scope. A growing organization, they recently moved to a new office on the fourth floor of Charlotte Motor Speedway’s Smith Tower. The move positions them closer to more of the industry’s integral people including key industry personnel, major race teams, and important manufacturers and vendors. For more information on PMG, visit their website at www.racingpmg.com or call (980) 258-8916.